All-Ireland Drama Finals  (Confined), are being held right here in Tubbercurry from the 21st – 29th of April. This is a huge event for the Western Drama Festival group and indeed for Tubbercurry, this really is the Oscars of the Drama Festival World in Ireland, it is especially significant as Tubbercurry was the home of the very first Drama festival in Ireland.

Tubbercurry be watching the Amateur Drama Council website www.adci.ie with greater interest this year as we track how the Confined Groups are progressing on the Festival Circuit and to see who are the nine groups who are the ultimate finalists. The event will run in St Brigids Hall Theatre from the 21st to 29th April 2017. 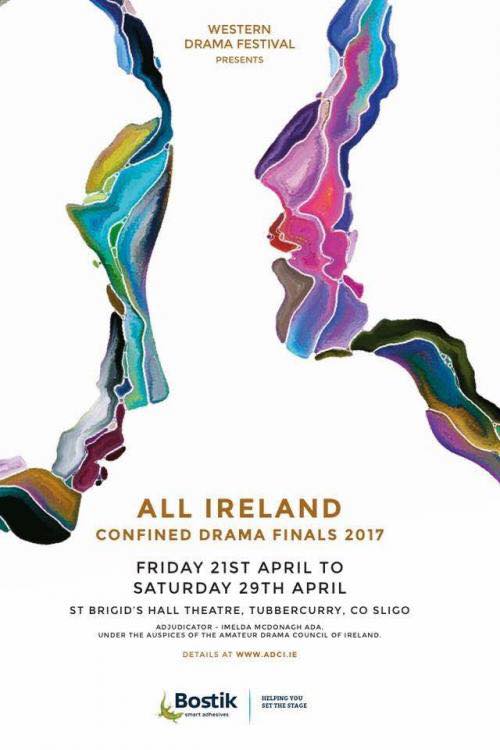