Explore the Caves of Keash.

The Caves of Keash are located off the R295 between Boyle, Roscommon and Ballymote in County Sligo. They can be found at the foot of a limestone cliff and are reached by a 200m ascend on a slope, the climb is steep in parts but well worth it when you reach these mysterious caves. 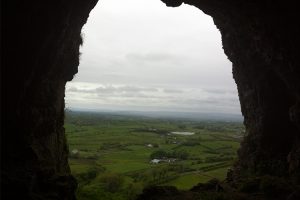 Are you interested in visiting the Caves of Keash in Sligo? A past article from the Journal.ie’s Hidden Heritage series explores The Caves of Keash and uncovers an interesting history behind them including mysterious stories and myths. A visit to these caves is an exciting experience for all the family and are waiting to be explored!

“Archaeological investigations in the early 20th century, discovered bones from animals that stalked Ireland towards the end of the Ice Age – with evidence of hares, brown bear, red deer, Arctic lemming and wolves all dating to more than c.12,000 years ago.”  Read the full article here.

Part of a human leg bone has also been discovered with a crossbow bolt located nearby. Many people have suggested that this man had been trying to escape capture and was hiding in the caves. 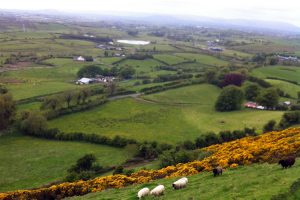 Human teeth have been found with one particular tooth dating back to the early Iron Age (200 BCE – 30CE). In a separate cave, teeth found have been dated to the early Middle ages. Part of a human leg bone was discovered in 1901 with a type of missile weapon located nearby. Many people have suggested that this man had been trying to escape capture and was hiding in the caves. Cormac Mac Airt, the High King of Ireland, was said to have been raised by a she-wolf in one of these caves. Evidence has been found that the caves were used for ritual traditions or religious practices during the Early Iron Age and the Middle Ages.