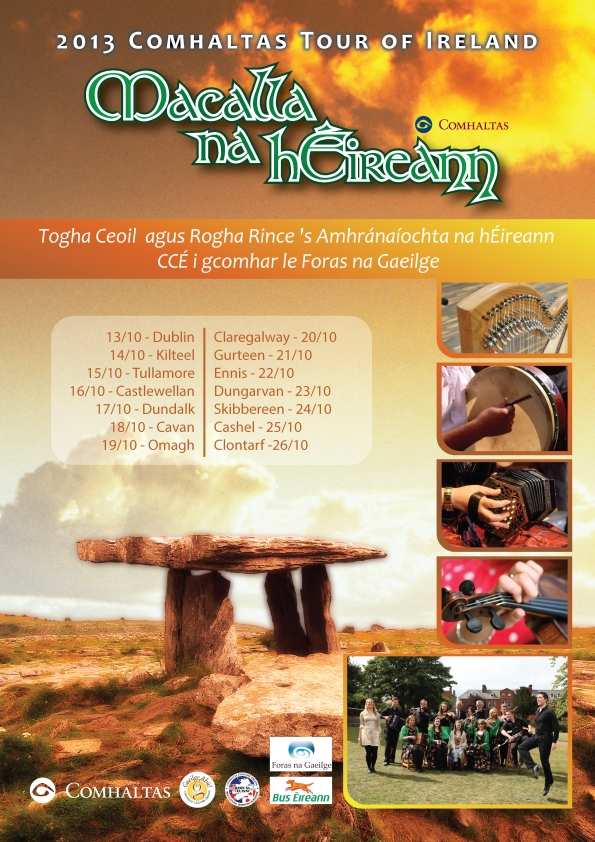 We were delighted to have Comhaltas Tour Group back staying in Cawley’s, Tubbercurry. We would like to wish them the best of luck in Gurteen on 21st October and for the rest of the tour.

The 2013 Comhaltas Concert Tour of Ireland will cover 14 venues from the 13th to the 26th October. The annual Tour features the best of traditional talent drawn from all four Provinces of Ireland.

Each year the tour assembles a fine mix of established artistes together with up-and-coming young stars. These are blended together into a fast-moving and colourful show that appeals to both the connoisseurs and peripheral fans of Irish traditional entertainment.

About the Author: admin

Any cookies that may not be particularly necessary for the website to function and is used specifically to collect user personal data via analytics, ads, other embedded contents are termed as non-necessary cookies. It is mandatory to procure user consent prior to running these cookies on your website.

Advertisement cookies are used to provide visitors with relevant ads and marketing campaigns. These cookies track visitors across websites and collect information to provide customized ads.

Analytical cookies are used to understand how visitors interact with the website. These cookies help provide information on metrics the number of visitors, bounce rate, traffic source, etc.

Performance cookies are used to understand and analyze the key performance indexes of the website which helps in delivering a better user experience for the visitors.