Drama Comes to Tubbercurry this November

Drama Comes to Tubbercurry this November… 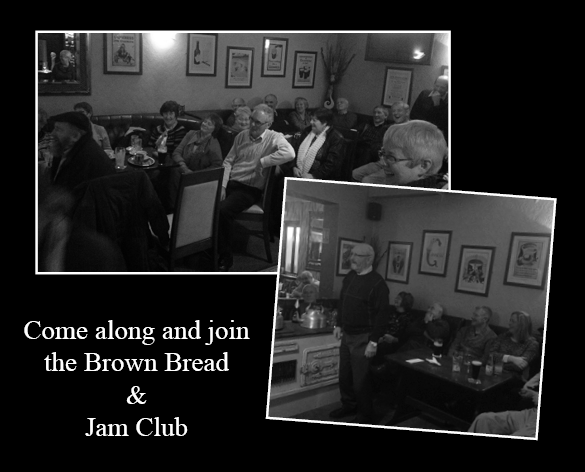 The Annual Brown Bread and Jam Club will take place on Saturday 11th November from 8pm at Cawley’s Guesthouse, Tubbercurry.
Musicians, Storytellers and Singers will gather from all over Ireland to take part in an evening full of stories and recitations.
Homemade brown bread & jam from Sligo Food Trail member Murson Farm will be served along with mugs of tea after which you will be entertained throughout the evening with a few humorous songs and tunes. 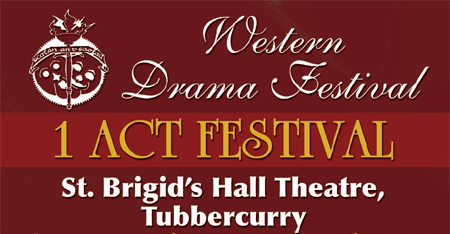 Mr Ciaran McCauley will adjudicate over the course of the festival. Ciaran is from Sligo and has worked as an Actor with Blue Raincoat Theatre Company since 1991. The Western Drama Festival hosted the All-Ireland (Confined) Drama Finals earlier this year with great success. Everyone is welcome this November to St Brigit’s Hall which has been regarded as the perfect venue for a festival of drama.The Festival consists of an excellent mix of plays over the three nights which will be performed by the top drama groups in the country.

Why not make an evening of it and have dinner before you go enjoy either of these events. Cawley’s serve food until 8pm and their dishes have received rave reviews on TripAdvisor. They have a Pre-Theatre menu available which includes a light supper and a glass of wine or any main course, for only €10. 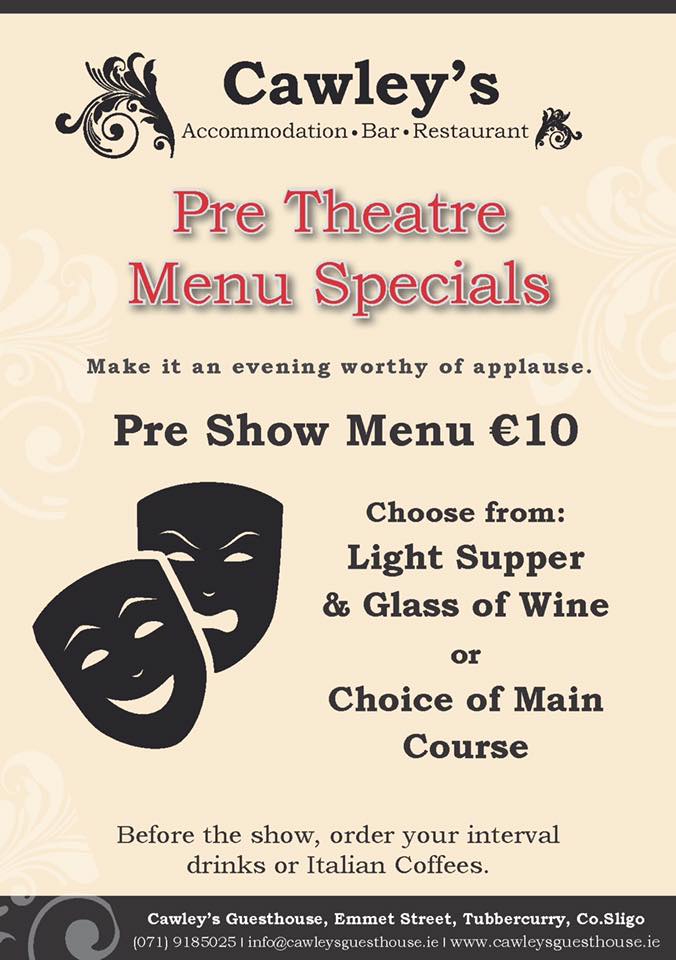